I’ve been working on the very basics for a while. I’ve been spending time familiarizing myself with OpenGL ES 2. Originally I wanted to make an iPhone game, and had been working towards that slowly. But I changed my mind and started over on a new game, Frog Ball.

It pains me to put up these images since they are utter shit right now. But since this is a devlog, who cares. The point is to show any and all progress, not to impress. 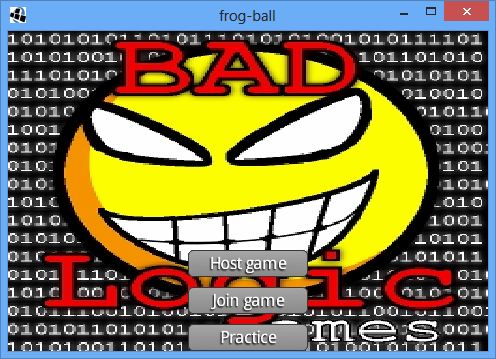 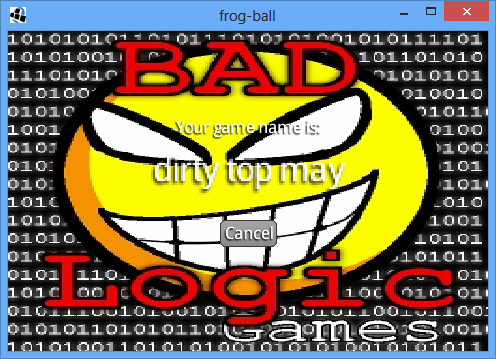 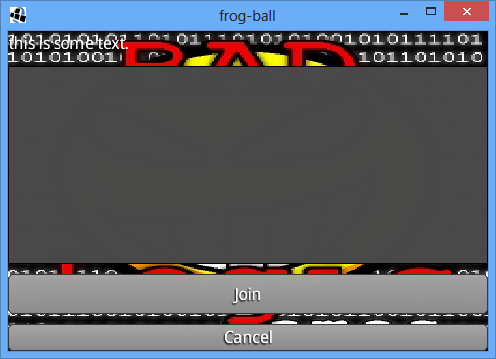 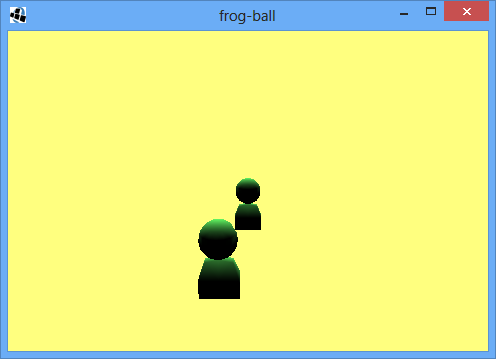 As you can see, I’m using the wonderful libgdx game framework for Android/desktop/HTML5.

What you can’t see is that I’m also using the AllJoyn framework for device-to-device communication. I’ve actually got this part working before doing the actual game. I figured it would be easier to design the game with networking up front, rather than write the full game and heavily refactor to add networking support.

It’s been close to a month since I started. I lost a few days of that spent on reddit is fun instead. The time doesn’t include all the time I spent in September learning OpenGL and iOS stuff. But that was for another project, now on my backburner, so let’s say today is Day 25 for Frog Ball.

I’m aiming for a Christmas release for the AllJoyn App Challenge which has a submission deadline of December 27.